Scammer or Victim: Which One Was She?

The other night I received 3 emails from the same person, but through various sources – my website, and two networking sites – as well as a voice mail on my 800 number, all at about 1:30 in the morning.  (That would be 10:30PM Pacific time – and no, I wasn’t up working,  I was dead asleep.) 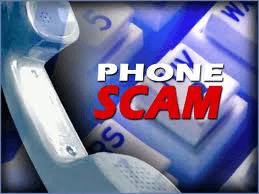 The caller had the last name of “Buys”, which made me think “scam”.  I won’t reveal her first name to try to protect her privacy in the event she is a victim.  According to her emails, she was from a state on the west coast.  (I lend money in Massachusetts and New Hampshire, and nowhere else).  She had had numerous phone conversations with two people at a company she found on the internet and had sent an advance deposit in the amount of $1200 to secure a loan from a company called “Hard Money Lender”.  This company had the same business address as mine in Tyngsboro, MA.  Including the suite number.  She sent the money to an address in Canada.  CANADA?!?!!??

Then, according to the emails,  they stopped returning her calls as soon as she sent the money.  She grew frantic.  She started researching.  ( Now, she starts researching – what happened to before she sent the $1200?)  Anyway, she found my website, by googling the address and hard money, I guess, and was asking for my help to get her money back.  Could I walk across the hall, or was I affiliated with them? She said she hoped I could talk to them and help get her money back.  At this point, I was sure it was a scam. 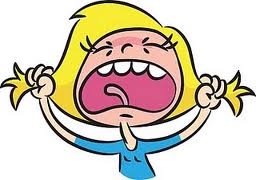 But then I listened to the voice mail and wasn’t so sure.  I returned her call and explained that not only was there no other hard money company at my address, there was no other mortgage company at all.  I also explained that most of my customers know me through networking before they apply for a loan.  She said it was a personal loan.  (This gets better and better since I don’t make personal loans.)  She had notified the Attorneys General in Massachusetts and in the state where she lived.  I said fine if they call me I’ll be happy to tell them what I know, which is just about nothing.  She said I sounded legit (ya think?) and was simply hoping I could help her.

I explained that I couldn’t, that anyone could scrape an address off of my website, and that I had no affiliates on the west coast or in Canada, and that my website is plastered with “Massachusetts and New Hampshire” and “First position mortgages only”.  She asked me “Aren’t you concerned that someone is using your address”?  Concerned, yes.  That’s a risk you take on the internet.  Anyone can say anything they want or use any information they find for any purpose they want.  Can I do anything for her?  No.

So what do you think?  Was she trying to scam me, or simply desperately looking for any help she could get?

PS:  This is a good example of why self-employed people should not use their home address on their websites or marketing materials!!!

I’ve worked with many lenders, both conventional and hard money. No one comes close to Ann’s integrity… More

Ann was great to work with! I’ve done multiple transactions with Ann both small (under $500k) and large (over $1M)… More

Ann and the team at Buy Now are fantastic to work with! We’ve done multiple transactions with them over the years… More

I have worked directly with Buy Now, LLC on a BRRRR deal in Worcester, MA. This was a great experience… More

I have been working closely with Ann Bellamy and Buy Now for about three years. You couldn’t find a better… More

Just wanted to say thank you for taking the time to discuss our purchase of 16-20 Central St in Somersworth back in February, and for referring Debra Thum at Bank of NH to us.
You definitely didn’t need to take the time from your busy schedules to talk us out of using your services, and I really appreciate you sharing your knowledge with a relative newbie to hard money and commercial lending.